News collects all the stories you want to read

Believe it or not we’re halfway through the year already.. It’s been an exciting first half and we wanna share with you a selection of music videos that have made the scene extra vibrant.. ?

In September 2017 Onipa Akoma was released.. Cementing Akan’s legacy in the game. Since the release of this baffling debut album, Akan’s rise has been nothing but hard work. From his nationwide radio tours to shows around Accra, we’ve been anticipating visuals and surely enough he delivered. Me Sika Aduro directed by Yaw Skyface takes us into the world of young man on the come up and daunting his motives. This short film is nothing short of mesmerising.

We love it… Simple, colourful and seductive… A sensual masterpiece. Amaare‘s dazzling performance sizzles us in to her mystic universe that forever leaves us drooling for more. We can only imagine what she’s got in stock for us for the rest of the year. This piece is Directed by Fotombo alongside Fiifii & Larry of Engrid Media with magic touches of colour grading from David Nicole-Sey.

Godzilla was released on the 31st of December 2017 summing up the gangs shutdown of year and setting the tone for 2018. La Même Gang‘s wave shook the game up. Their debut collaborative project La Même Tape ushered their presence in the scene as a super group. Those who attended The Crusade I & II can testify the level of energy the team brought to the scene. Their emergence brought a refreshing twist to Ghana’s Hip Hop culture. Godzilla was Directed by BabsDirection alongside the creative Direction of BZDRKO. The mise-en-scène is epic… From the fluorescent lighting, money gun and the squad in their elements.. Their kind ain’t La Même..

Our very own Alex Wondergem and Will Niava are at it again with another creative short film. Between Alex’s unapologetic bar delivery and Will’s unique use of sky high cinematography, the duo always manages to deliver little splash of authentic magic.

This one totally caught us of guard.. The game needs this track… Visually simple and minimally playful. The color orange depicts the warm soulful groove felt throughout the track. Kacey effortlessly conveys the difficulties of being an underground artist in Ghana from a rather peaceful mature perspective. We love this one.

We first got introduced to T’neeya by Kambey in a car ride into town. Weeks later her track LOVE with Darkovibes popped up and this year Low Battery has surfaced. Clean and crips with enough eye candy for a toothache.. A North Production with the creative direction of David Nicol-sey and Sir. Bilson.

Since Worlasi released his Outlane EP, we’ve been anticipating moving images… He flipped it on us and gave a solid collaboration with animator Peter Poka. Worlasi‘s fearless character is portrayed as a boozed up Samurai on the quest for the golden mic. This action packed short film follows him as he conquers all his opponents on the way to the top. Metaphors on Metaphors. Deadly smooth Killas. Thank you for this.

Shot by LABADI ENT somewhere in the West-Coast of the United States, AYAT delivers visuals that embodies the track TAKEOFF.  “I predicted this shit, We living.. Shine young boy shine, its your time swear to god we’ll be legends”.. More than anything Zamani impressed us with the switch up of scenery.. Lord knows whats to come from this incredible talent. Let’s not forget that he also gave us ‘Di Asa‘ and ‘Changes‘ this year. Hard work on hard work..

Yaw P et Temple.. what to say..  They released their joint Acropolis EP and made waves..  On their trip to Paris to scoop their award for Best Film at the Urban Film Festival, Bread Nyf directed and chopped up these crips and punchy visuals for the duo’s prophetic ‘DID !‘

Bryan The Mensah – Wallabow You

Bryan The Mensah first came into our scope when word in the cyberspace was that he was releasing his Friends With The Sun EP. We bought the project via a twitter bot his team PLEGISHES had built. From that moment he was certified dope. I mean, who does that? Purchasing an EP through twitter via mobile money? This kid is from the future. Wallabow You Directed by Jazmine & PLEGISHES takes us through the sonic wavy trance with simple luminescent shots on Bryan always partially hidden. His first ever music video feels like a glimpse of a wavy techy force from the future ready to disrupt and flip the game upside down.

Heavily anticipated, $pacely gave us imagery for the Digits (Remix) featuring Ghana’s sensational prodigy Kwesi Arthur. Directed By David Duncan and $pacely’s finesse, Digits has reached a new cultural height as it should be because this track is insane. Simple collage of distorted imagery, the gang ganging and fleeing the coti (popo).

A song by Nxwrth aka Froy3 featuring Rjz & $pacely. Thundercock gives out a retro futuristic world with the gang mobbing to a manga projected backdrop spliced with retro simulation graphics, wine-red lighting and close ups of Rjz as his alter ego Thundercock. Directed by David Ducan.

More from The Culture 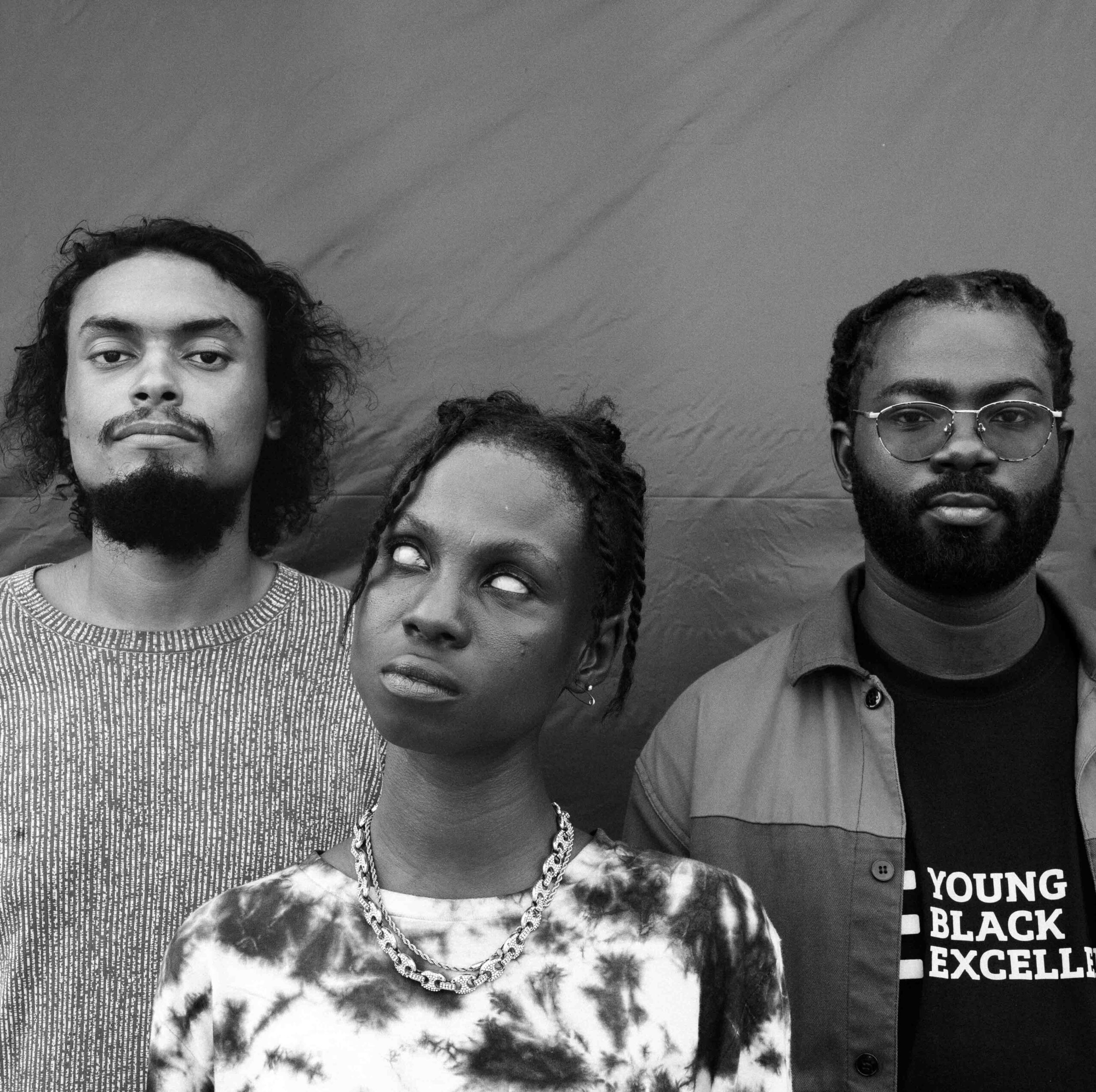 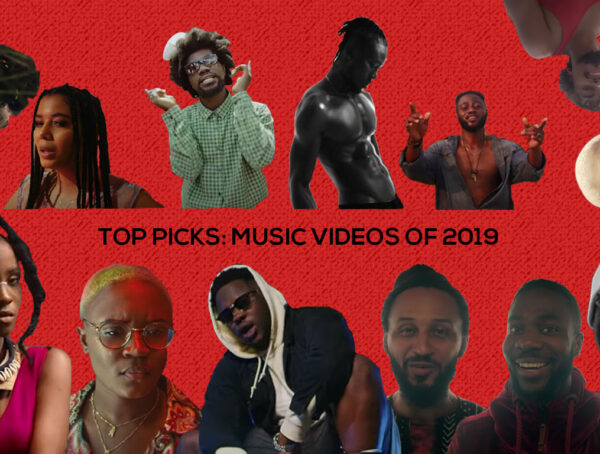 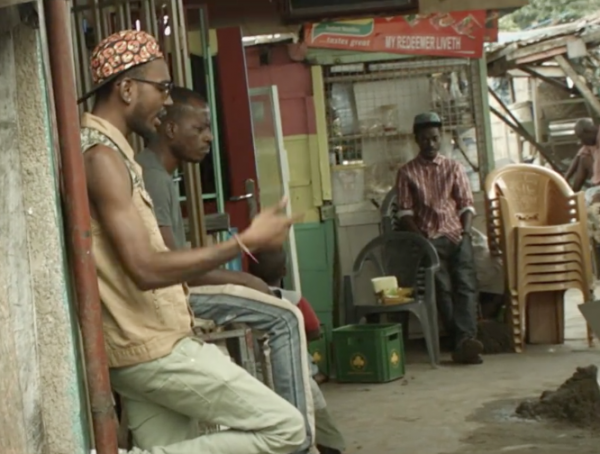 News collects all the stories you want to read
© CLOVE 2020